INFORMATION:
Herb and fruit tea in some circles is considered a new type of tea. We formulated this blend to accommodate tastes of people who wanted to experience a refreshing healthy new style drink without caffeine. What we got was a terrific ‘tea’ that is unbelievably delicious and enjoyed Hot or Cold! This tea has a very exotic flavor profile. The delicious blend of strawberry and kiwi flavors combined with the natural flavors and tartness of the various dried fruits create a summertime cooler or a wintertime summer reminder.

This fruit and herb tea is one of our favorites. It is a full flavored tea with good body. During the spring in the northern latitudes when the strawberries become available they have a deep strawberry taste. This tea is like that but tempered with subtle essence of kiwi and the astringent tartness of hibiscus. We remember a holiday in Long Island picking strawberries at a ‘Pick Your Own’ out in The Hamptons – very pleasant memories. This tea will evoke similar feelings for you.

For a summer time drink Strawberry Kiwi iced is hard to beat. It is refreshing and thirst quenching and not overly sweet. For formal times garnish the glass with a strawberry and a sprig of mint – for non-formal times pour it into your glass and enjoy it gulp after gulp! If you have small children use the Strawberry Kiwi tea to make popsicles – they taste great and contain very little sugar.

By virtue of the fact that these blends do not contain any tea and are a special blend of fruits and herbs – they are caffeine free! An added benefit is that these ‘teas’ contain Vitamin C. What could be better – a healthy drink that tastes GREAT!

I love the Wite Tip Formosa Oolong tea. The brew has a distinct flavor and aroma making it so very special. I prefer to brew it a little longer, as it brings out the inherent taste flavor and aroma of the tea. It is kind of strong in flavor, but taste awesome when blended with honey. The taste of honey with the tea gives it a taste that is almost addictive.

Primatea’s sencha tea has got a real taste treat for me. I never had the greenest tea in my life before I can across this one. This tea has a delicate taste like the early sweet peas or young asparagus. I treat myself with this tea very often and it is one of my favorites in my collection now. This is a tea which will definitely rejuvenate you, however utmost care must be taken while brewing this tea or else it tends to become bitter. You do it in the right way and you will have a very aromatic tea

Primatea’s sencha tea has got a real taste treat for me. I never had the greenest tea in my life before I can across this one. This tea has a delicate taste like the early sweet peas or young asparagus. I treat myself with this tea very often and it is one of my favorites in my collection now. This is a tea which will definitely rejuvenate you, however utmost care must be taken while brewing this tea or else it tends to become bitter. You do it in the right way and you will have a very aromatic tea with a pleasant taste.

I am purchasing this tea every 3-4 month and every time get the greate quality green sencha and very good service. Thank you Prima Tea? thank you Nina

I would say it is a great rejuvenating elixir with a great taste. It has given me a significantly improved digestion. I take it at least once a day to detoxify my body and I feel fresh and active throughout the day. I came to know that it also helps to keep cholesterol under control, and its special fermentation gives it a rich flavor. I would say it is a wonderful health drink with an exotic taste.

I love this spicy fruity tea. My family loved it last Holidays season and ask me to purchase it again this year. We just received it couple of days ago and now I am packing it as Holidays gifts for my kids and family. Love it, love it, love it! Refreshing, spicy, tasty and fun fruit tisane! Happy Holidays Prima Tea, my family loves you!

The extensive history, contained in a single cup of loose leaf tea, is an exciting story that belies the gentle and relaxing nature of this mild beverage. Millions of people around the planet begin and end their day with a fresh cup of hot green tea or black tea.

Tea’s origin began in China, the birthplace of the first cultivated tea gardens along Yunnan’s southern border. Awareness of tea spread first from Yunnan, throughout China, then to the rest of Asia, and finally to the West.

By the time of the Shang Dynasty (1766-1050 BC), green tea was being consumed in Yunnan Province for its medical properties. For any given ailment, tea leaves were boiled with a host of other forest plants, seeds, barks, and leaves to concoct healing herbal remedies.

As the popularity of Buddhism, Confucianism, and Daoism spread throughout China, so did an awareness of life-enhancing tea. Each of these religious embraced loose leaf teas for its healthful virtues and powers of rejuvenation

The Tang dynasty (618-907 AD) brought a sophistication to tea drinking. This was a time of high art and culture. Tea drinking became an attractive, relaxing pursuit, and it was the Tang who first enjoyed formal tea gatherings that were designed to find delight in this delight beverage. Tea was consumed differently by various members of the social classes during that time. Many tea drinkers favored adding onion, ginger, orange peel, cloves, and peppermint to their tea. Mixing salt into the tea became popular choice in the western provinces. Ladies of the court sipped tea that was mixed with the delicate extracts of fruits and flowers.

During Ming dynasty (1369-1644)  the secrets of oxidation ( the process by which fresh tea leaf is turn into black tea) were discovered. They recognized the importance of the discovery and the potential value that oxidation had for improving the condition of tea that would be traveling long distances over land or sea. Now, brick tea exported to the border regions of Tibet and Mongolia could be send as black tea, which would allow the tea to arrive at its final destination in better shape. Over time the Chinese refined and perfected the production of black tea, and for many years these teas were produced in the Wuyi mountains of northern Fujian Province.

The first porcelain teapots also appeared in China under Ming rule. Tea was still costly, so these teapots were intentionally made small. This allowed the loose tea leaves in the teapot to be reinforced several times by successively adding more water, a method of tea brewing still followed in China for green and oolong tea. Small Zisha clay teapots also become the favorites of the tea literati (see “Artistic Yixing Teapots). Many styles of teaware were created, which was subject to change with every successive emperor, who had his own idea of fashion, glaze color, style, and whether to use incised or applied designs.

Loose leaf tea was then and now regarded as a healthful tonic that would impart peace, harmony, and happiness. Spiritually, tea was believed to be an “elixir of immortality”, an embroidered ideal that suggested its uplifting nature.

The ancient science of Ayurveda believes in three different doshas or dynamic energies – Vata, Pitta, and Kapha – as sustaining the human body. The entire system of Ayurveda medicine is based on the theory that all diseases emanate from lack of synthesis of these three doshas. In other words, any imbalance in the doshas is what provokes the disease in the human system. Ayurveda aims at restoring any imbalance through the regulation of the doshas.

The Ayurveda treatment of diseases predominantly consists of balanced food intake, herbal preparations, yoga, meditation and forms of a lifestyle applicable to each individual constitution.
Vata Dosha is identified as the principle of physical movement in all living beings and is reportedly a mixture of the two elements – air and space. Vata Dosha is also intimately connected to the nervous system.
People belonging to Vata Dosha are distinguished by certain physical characteristics and mental traits. People who are of Vata constitution are generally lean, either very tall or too short with flat chests and pronounced veins and muscle tendons. The skin color complexion is invariably brownish and quite often dry. The hair is sparse and curly and the eyes may be less prominent and without the spark. They have bent nose and the nails are fragile and brittle.
As regards food preferences, people of Vata category are fond of sweets and items that are sour and salty as also hot beverages, like herbal teas. The urine output is often meager and the stools are dry, solid and scanty. They sweat less even in humid conditions and sleep for fewer hours. Vata tea would be very beneficial to balance the Vata dosha and for other doshas the Ayurvedic herbal tea would be very beneficial.
They are usually physically agile and mentally alert but with limited memory powers. They are devoid of willpower, short-tempered, intolerant and are mostly diffident and lacking in courage. Vata people earn money quickly but are extravagant and thus in constant need of money.
Some of the common ailments people of Vata Dosha category are – frequent headaches, stress, throat problems accompanied by dry coughs, earaches, erratic heart beats, muscular spasms, lower back or hip pain, irregular bowl movements, flatulence, nervous disorders, menstrual cramps in women, premature ejaculation and erectile dysfunctions, arthritis etc.
As regards general health and well-being, Vata type people must learn to develop regular food and sleep habits and maintain systematic daily routine. They must cultivate good personal relationships and create suitable ambiance work and movement. It is also equally important to control impulses, stay calm and reorient mental attitudes, emotional reactions, and overall behavior pattern.
Whenever possible, associate with people who are known to be calm and subdued. Make it a point to walk briskly during early mornings, meditate every day for a few minutes and practice deep breathing.
Vata dosha is said to exacerbate and get worsened during autumn and early winter months. During these periods, Vata types should stick to the prescribed types of food and eat less of other types.
People of Vata Dosha type will do well to remember that the imbalance caused by excess Vata Dosha can get aggravated by undue mental stress, excessive physical exertion, irregular daily routine, lack of sleep, intake of raw, cold or dry foods, undertaking long travels, consuming coffee, tea and other aerated drinks and use of tobacco.
Drinking healing herbal Vata Balancing Tea  will help one to balance the mind body and spirit and to stay happier and healthier. 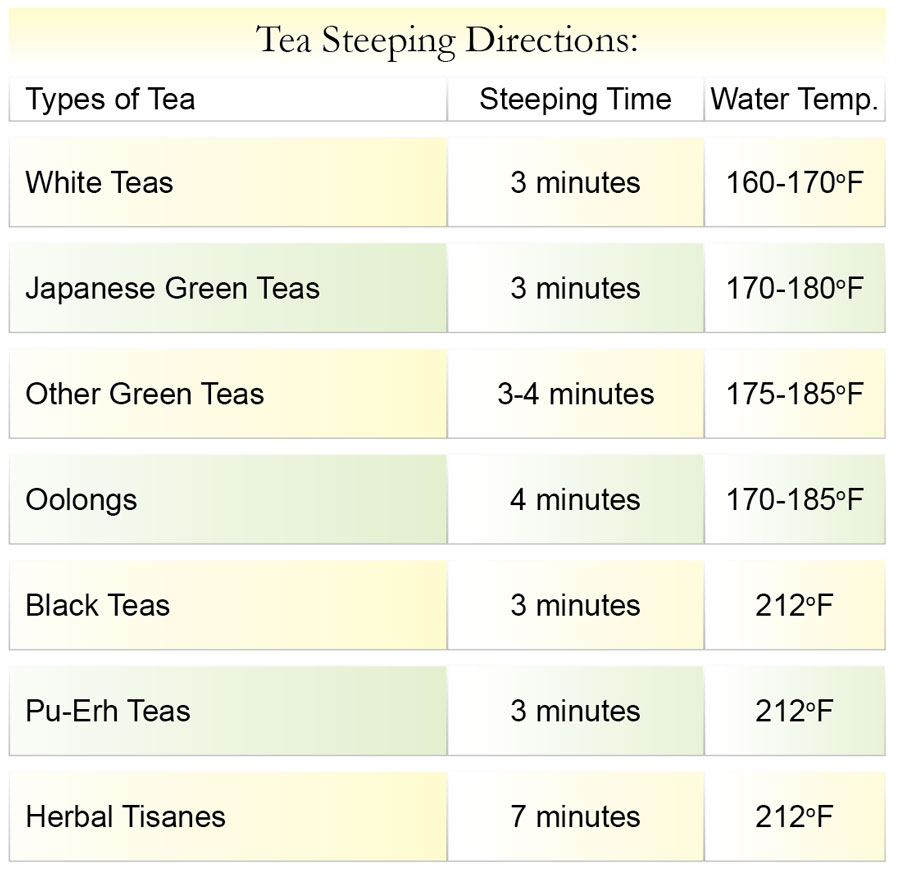